We are lucky to have a high number of black belts within our club, with most taking some role in instructing juniors and adult classes.  For new members, when you join the club we can provide 1-on-1 tuition from one of our experienced members to help introduce you to our martial art.

Hugh Russell - 9th Dan
Hugh is chief instructor of the club.  He is a 9th Dan-4th Meijin blackbelt and has over 40 years experience in the practice of Martial Arts, having trained in Karate, Tae Kwon-Do, Judo, Jujitsu, Brazilian Jujitsu, Grappling and no Gi Jujitsu.

Eric Walton - 4th Dan
Eric has been practicing martial arts for over 20 years, having started as a way to get fit. It is now his main form of exercise. He is currently a 4th Dan black belt. 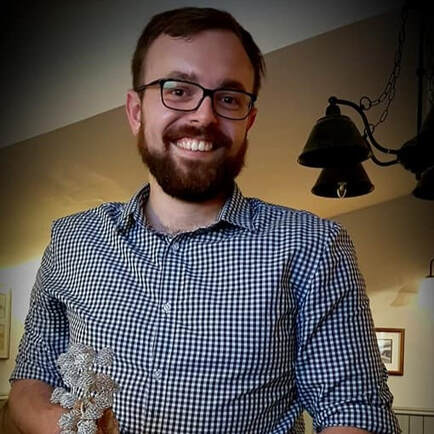 Ross Walton - 3rd Dan
Ross is a 3rd Dan black belt and regularly instructs both juniors and adults classes. Recently Ross has been working on movement skills and controlling distance to an opponent.

Jamie Boyle - 2nd Dan
Jamie is a 2nd Dan Black Belt who has been training in Shoto Budo from 11 years of age, with him attaining his current grade in November 2017. Jamie is interested in posture and and manipulating both himself and his opponents to his advantage.  He would like to open his own club in future.
​

Emma Armstrong - 2nd Dan
Emma has been training with BMAC since 2012, having joined the club as a way of getting fit, meeting new people and learning self defence.  She is interested in different self defence techniques and working on using movement to stay safe.  ​She would like to encourage other women to join and promises that they will not get hurt or be made to feel embarrassed.

John Marley - 1st Dan
John is a first Dan black belt.  He has been practising for 18 years.  His favourite areas of trarining include ground work, take down, locks and Tai Chi applications, with an interest in quick and effective applications.

Paul Geary - 1st Dan
​Paul joined BMAC when he was seven, working up to a junior brown belt with two black tabs before taking what he describes as "a beer based sabbatical".  He returned to the club in 2008 and began the climb up the belts anew. He particularly enjoys pad work and grappling and loves both learning from and sharing new tricks with fellow club members.

Scott Burgess - 1st Dan
Scott joined BMAC in 2007 as a way to compliment other exercise. He is interested in close-range defence and finding simple moves to keep safe against single and multiple attackers. He encourages everyone to try BMAC regardless of size, sex, age, fitness or ability.

David Craig - 1st Dan
David joined BMAC in 1998, returning to karate as a mature student, initially as an additional opportunity to regain a sensible level of fitness,  He is interested in using parrying and body movements to stay safe, particularly when against larger and / or stronger opponents.