Locks and chokes are a feature of several martial arts, such as judo, jiu jitsu and aikido, and in Shoto Budo we practise a wide variety of techniques to achieve this, including wrist, arm and leg locks and choking techniques.

These moves are a way to restrain an opponent and have the potential to cause injury so it is important that everyone is aware of "tapping out".   When a hold reaches a level of discomfort, we tap the other person or the floor, indicating that the hold should be released.  It is also important to know how to fall properly when a lock is applied so as to prevent injury.

Many of these moves can be applied when standing or when on the ground which makes them an effective way to control an opponent. 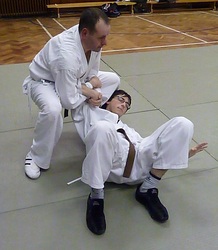 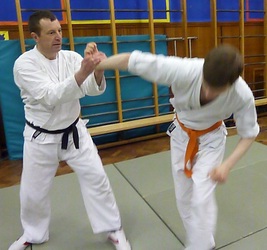 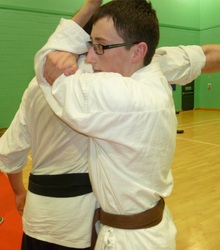 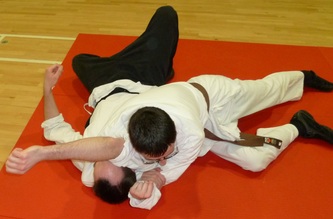 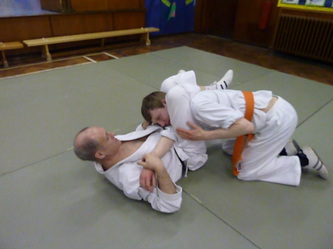 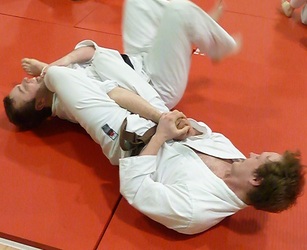